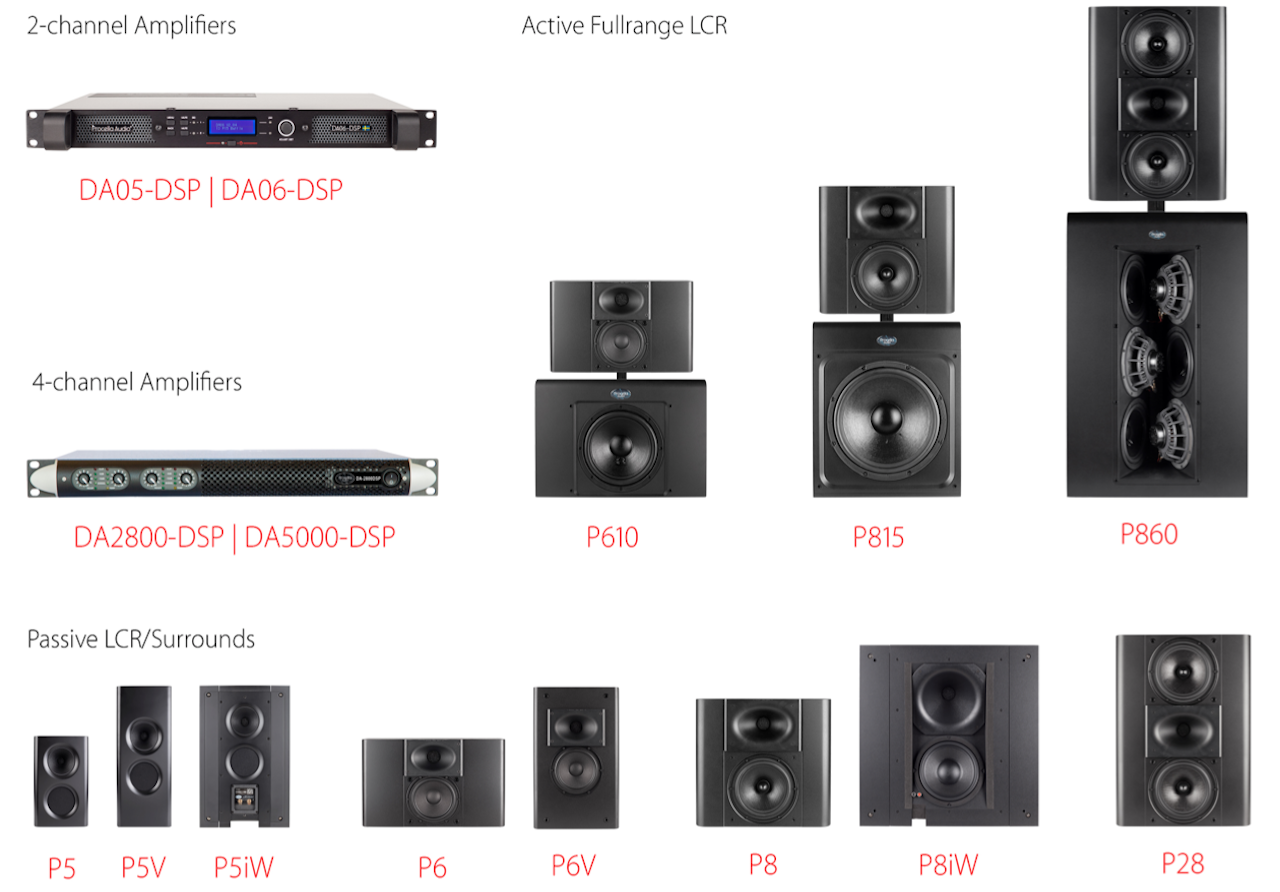 History, where it all began

Procella Audio was born of necessity, the very first Procella Audio loudspeakers are designed in 2005 by Anders Uggelberg and Gerben Van Duyl, for a brand-new DTS Theatre located at the DTS Europe headquarters in Twyford, UK. Anders Uggelberg was then the Director of Cinema Technology for DTS Europe. Gerben was head of Business Development, working primarily with artists, engineers and producers on DVD Audio and multichannel music. Anders is a THX trained and certified cinema designer with a long track record as both a cinema designer and as a speaker designer. The specific requirements for the DTS Theatre asked for a medium size room of about 30 seats, with superior audio and video capabilities from both cinema and home entertainment sources, such as 35mm film, e-Cinema, and movies and music from DVD, in every existing DTS surround sound format. On top of that, the room had to be capable of taking in new technologies as they would come along, such as the expected Digital Cinema (DCI) standard and new optical disc formats such as HD DVD and Blu-ray Disc.

Anders improved on both through meticulous acoustic design, careful selection of the very best driver components, sophisticated mathematical modeling and finally, performance testing and optimising. This design was finalised and built by a specialist speaker factory in Sweden and installed in the DTS theatre in the summer of 2005. The system was based around a few key principles: the use of identical speakers for the screen channels and for the surround channels providing ‘identical voices’ around the room; the use of closed box cabinets for superior transient response and group delay characteristics compared to bass reflex cabinets; the use of a constant directivity waveguide and carefully matched crossovers for superior dispersion characteristics; the use of a three way system using ideal components for bass, mid and high; the use of professional quality, high-efficiency drive units capable of superior dynamic range and ultimately SPL (if so desired); the use of professional audio controllers or Digital Signal Processors (DSP) which control all of the audio in the room and allow very detailed fine-tuning of the acoustical result.

on. The successful implementation of the speaker design at DTS and at the BAFTA prompted Gerben to start thinking about a commercially available speaker system based on the learnings from the original design. A few phone calls later between Gerben and Anders, and the comprehensive re-design of the Procella Audio speaker system had begun.

In June of 2006, the second generation Procella Audio speakers were built and launched at the CEDIA Expo 2006 exhibition in London. In September 2006, DTS sponsored a Procella Audio equipped demo room at the HiFi News Show in Heathrow, London. The system consisted of a Procella Extended configuration, totalling three P815 screen speakers, six P8 surround speakers and six P15 subwoofers. After a gruelling 24 hour set-up effort by Procella, DTS, and other engineers, this room wowed the crowds at the show. The second day a small, glass trophy appeared in the room, courtesy of HiFi News. The system had won the Best Demonstration In Show award.

Maximum cinema performance and impact
Designed to Dolby, DTS, and THX commercial cinema standards, Procella speakers produce levels up to 105 dB at the listeners’ ears in any size room.

Scalable and affordable
Procella’s Identical VoicesTM concept timbre-matches all models, with a range covering any size. Room from 2 to 200 seats. a 5.1.2 Dolby Atmos system start at € 6,985,- (excluding local taxes).

Easy to install
Slim, shallow cabinets (including subwoofers) easily accommodate placement on wall, built into wall, or concealed behind fabric or screen.

Full-range models maximize output and impact
Extending bass to 40 Hz, the P860, P815 and P610 produce the greatest impact and sonic coherence, with even smoother bass throughout the room.

Designed and built in Sweden
Procella’s global reach includes offices in the U.S. and Australia. Contact us for more details, product information and assistance with system design.

For the full immersive surround experience it is best to use a pre-processor with DSP build in. The best Dolby Atmos / DTS:X experience will be achieved by using as many speakers as possible. WHY? the more speakers the more accurate the objects in the movie soundtrack can be positioned. Acurus and Trinnov are such brands where the Trinnov has ‘no’ channel count limitation and the Acurus is a 16-channel discrete Dolby Atmos / DTS:X pre-processor.